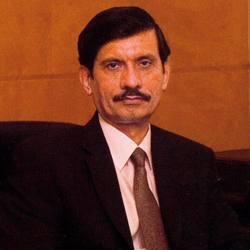 Rana Nasim Ahmed joined the Group as Resident Director in 2001 and continued in that position till 2007. Since 2007, his services have been hired by the Group as an Advisor/Consultant to assist in for setting strategic direction of its businesses and also overseeing implementation of decisions.

JDW Group is the market leader in the sugar sector. With this massive expansion in sugarcane crushing capacity, the farming operations were also modernized and expanded to a new level in Pakistan. Presently, these farms demonstrate best farming practices of International Standards and make use of most modern farming technology anywhere in the world.

Mr. Ahmed has been responsible for overseeing expansion in sugar and agriculture businesses of the Group. He is also advising the Group in setting up of cogeneration plants at all mills.